Soooo, you know that Dune has a special place in my heart. That's why I was absolutely stoked, when Centipede Press asked me to illustrate the limited edition reprint of the original book.
Its going to be a hard cover with 8-10 full color internal illustrations, a wraparound dust jacket and with the first 500 copies numbered and signed.

Usually I don’t share my really early thumbnail sketches or early ideation, but we thought with the publisher that it could be cool for the fans to make the whole process public. Especially, because I am planning to work with a bit different technique than what I usually use, jumping between traditional and digital mediums.
So from now on I am going post all sketches, color thumbs, in progress art, etc. and you can follow the whole process from start to finish. (I probably going livestream some of the actual painting sessions as well.)


I narrowed down the number of illustrations to 10 (8 + 2), where the eight are all iconic moments, but we might need the extra two to have an even placement of artworks in the book.
These are scans straight from my sketchbooks and usually about figuring out the overall composition and parts of the artwork to find directions for the designs.
(Before this I had a stage, where I scribbled stick figures and notes with markers onto post-it notes, what I stuck into the various parts of the book.)
The little thumbnail sketches at the top left part of each page shows my ideas for the actual illustration, the rest is pretty much just thoughts and visual notes for myself.
After this step I am going to do color thumbnails for each illustration to establish the overall mood and a more detailed sketch to finalize the compositions.

So the illustrations:
01 - The Baron
I thought its crucial to start with showing him and/or the planet to establish the story.
There is a scene, where he puts his hand on a globe represinting Arrakis and I thought it could be a great symbol of he is still controlling the planet from the shadows. 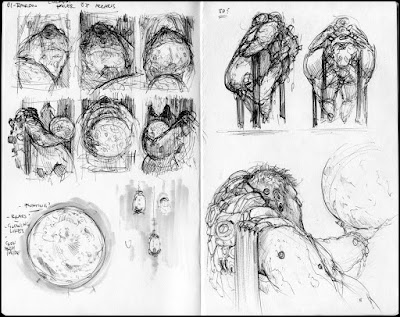 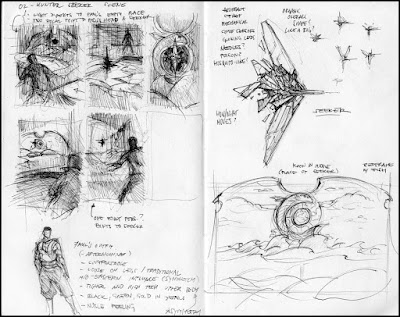 03 - Sandworm
Epic scene, where we meet with the sandworms the first time in the book. This is where the Duke saves the crew of a spice harvester from the worm.
It also gives us a great chance to show the ornithopters and through them the world’s level of technology. 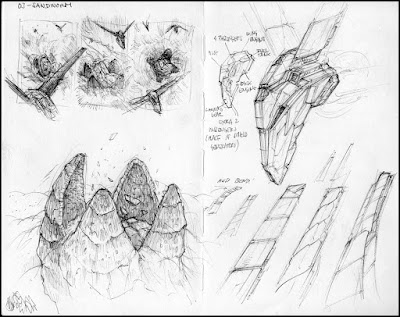 04 - Paul and Jessica
Showing the scene after their escape, looking back towards the city.
They would stand on the rocks at the bottom of the image and watch Arrakeen burn in the attack of the Harkonnen.
They are still connected, but the sea of sand already separates them from what is happening in the city. 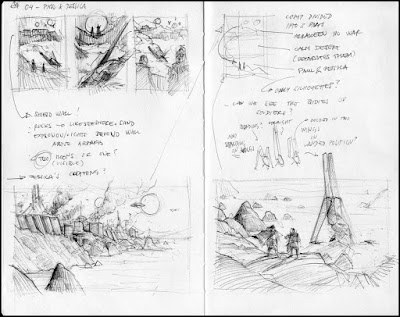 05 - Paul’s Duel
This is the part, where Paul confront’s with the fremen and has to fight for his place inside their society.
It also gives us a great chance to show both the fremen clothing (people standing in the background) and their physical attributes on the fighter.
This is also the point, where we see Paul’s face. 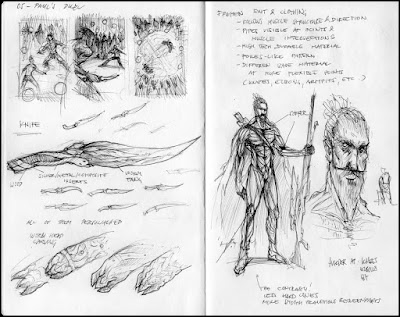 06 - Jessica’s Ceremony
This is the most sacral scene in the whole book, where Jessica drinks the “water of life” to become the fremen’s new sayyadina.
She is basically finds her destiny and balance of her life in this scene, so I want to make it really symmetrical.
This is also a good chance to show all other important fremen characters: Stilgar, Chani and Ramallo the old sayyadina 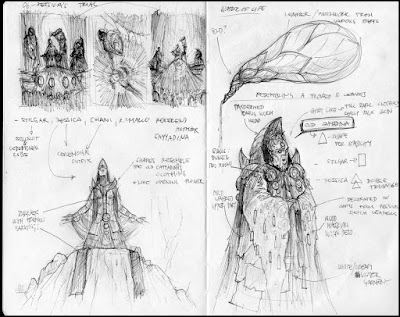 07 - Riding the Sandworm
Probably the most epic scene in the book, where Paul becomes the real leader of the fremen with riding a giant sand worm.
I am planning to come up with a more unique head and body structure for the worm to stand out from the typical depictions used in the past. 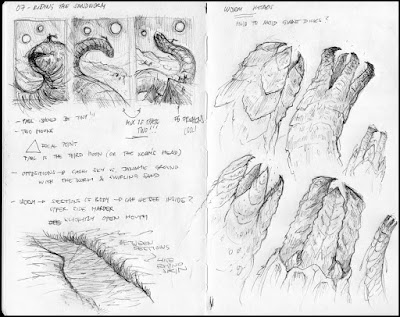 08 - Sardaukar Barracks
Showing the scene just before the attack of the fremen starts showing the emperor’s ship and the enormous structure of the sardaukar legions around them.
We can also show the city walls and entrance gate in the background to show more scale.
I really would like to achieve an epic scale, but also create a lot of tension with the shape language of the image - the emperor is still standing, but everything around him is scattered and falling apart… 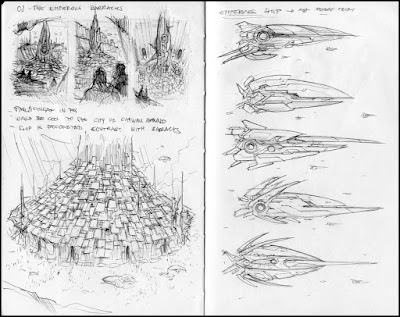 09 (extra) - Kies
This is the scene, where Paul and Jessica meets Liet / Kies again, when he tries to save them from the Harkonnen.
This could be a more personal scene, where we dive into the desert and the world of fremen (this could come between 04 and 05 in the book). 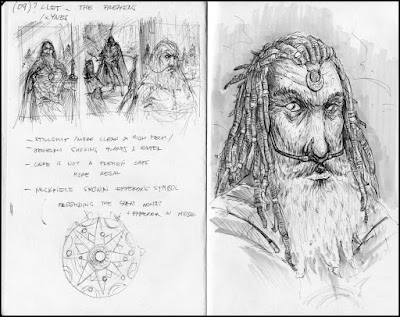 10 (extra) - The Emperor
Showing the scene where the Baron confronts the Emperor, the reverend mother and Alia.
I picked this to be the final scene, because this is where the Harkonnen fail and both the Baron and the Emperor is defeated right after it.
I was also thinking to show Paul’s final battle with Feyd-Rautha, but that is pretty much the same knife fighting scene, what we have already seen ealrier (05). 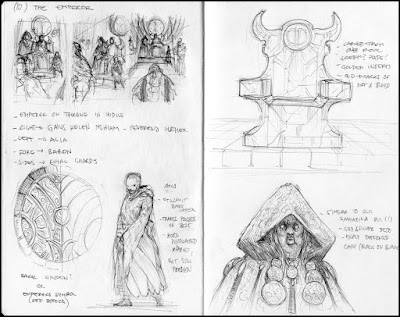 I am concept artist / illustrator working in the entertainment industry and currently developing projects for international game, film and animation companies.

Feel free to visit my
PORTFOLIO
for more detailed artworks.
You can contact me at info(at)markmolnar(dot)com
for more info, rates and availability.

Similar, but Different on my

Comments
All copyrights are owned by Mark Molnar © 2006-2017 unless otherwise noted. Any usage of the artworks is prohibited without the written permission in advance from the artist.